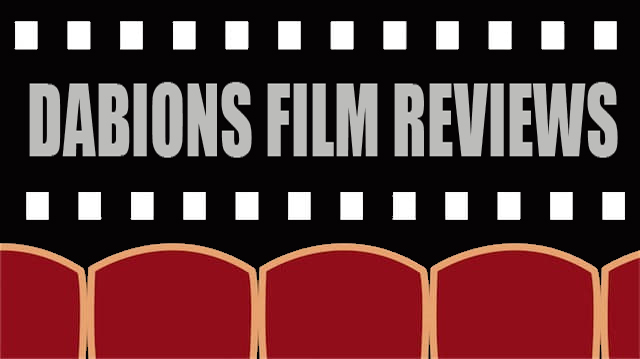 Morbius (15), Jared Leto is excitingly brooding as the title role, in a rather dark, atmospheric, marvel horror film. Similar to the original Blade film, decently well paced & never boring, with mostly very good & some not so good special effects. Matt Smith, Tyrese Gibson & Jared Harris are great in their roles too. The two post credit scenes are pointlessly unnecessary. Overall the good overweighs the bad in the film, and it’s still a fun watch. Please bring on Marvel’s Midnight Sons film next. 3½/5
Netflix’s A Madea Homecoming (15), is the twelve & the most hilarious one yet. with the excellent Tyler Perry once again brilliantly playing the title character & her brother, featuring great characters. including Agnes & Cathy Brown from Mrs Brown’s Boys. very funny & touching moments. It’s up there with Madea’s Witness Protection (2012) & Boo & Boo 2: A Madea Halloween (2016-17) as the best in the franchise. 4/5
Scott Eastwood has fun & acts like his dad, Clint very well in gripping actioner Dangerous (15), Mel Gibson is great as his on screen dad. Kevin Durand also plays a very good villain, Daughter of the Wolf director David Hacki directs the fantastic action. 4/5
Coming 2 America (12), may not be as good as the 1988 original. but it was still a decent and funny at times sequel, with really good performances from Eddie Murphy. Arsenio Hall. Wesley Snipes. John Amos & many others, and it has a good story with heart. 3/5
Skyline aka Skyline 3 (15), has a decent enough story. its even bigger & more spectacular then the previous two films, with amazing action & special effects. the performances are also great too. its best in the trilogy so far, but I wish that they could make more. 5/5

The Doorman (15) is a decent & solid action film, with heart. Ruby Rose plays a good action hero well, along with the action scenes. Jean Reno is excellent as the main villain, and its also made really well by Godzilla: Final Wars & No One Lives director Ryuhei Kitamura. 3½/5

It my start of slow to begin with, but Cosmic Sin (15) was still a decent enough sci-fi thriller. with good acting from Bruce Willis. Frank Grillo. wwe wrestler Lana & others. good action when it gets going & it felt atmospheric with some nicely shot scenes. just worth a rent. 3/5